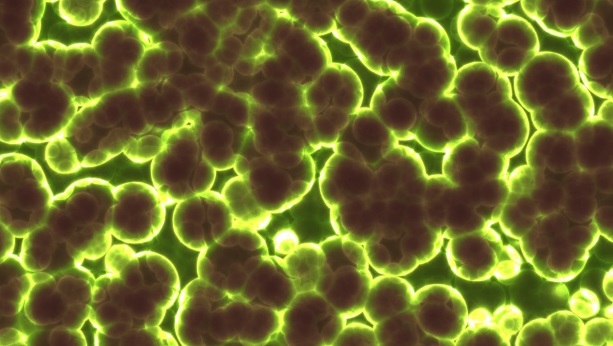 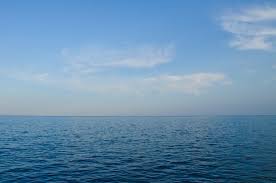 Arsenic is a deadly poison for most living things, but new research shows that microorganisms are breathing arsenic in a large area of the Pacific Ocean. A University of Washington team has discovered that an ancient survival strategy is still being used in low-oxygen parts of the marine environment.

“Thinking of arsenic as not just a bad guy, but also as beneficial, has reshaped the way that I view the element,” said first author Jaclyn Saunders, who did the research for her doctoral thesis at the UW and is now a postdoctoral fellow at the Woods Hole Oceanographic Institution and the Massachusetts Institute of Technology.

The study was published this week in the Proceedings of the National Academy of Sciences.

“We’ve known for a long time that there are very low levels of arsenic in the ocean,” said co-author Gabrielle Rocap, a UW professor of oceanography. “But the idea that organisms could be using arsenic to make a living — it’s a whole new metabolism for the open ocean.”

The researchers analyzed seawater samples from a region below the surface where oxygen is almost absent, forcing life to seek other strategies. These regions may expand under climate change.

“In some parts of the ocean there’s a sandwich of water where there’s no measurable oxygen,” Rocap said. “The microbes in these regions have to use other elements that act as an electron acceptor to extract energy from food.”

The most common alternatives to oxygen are nitrogen or sulfur. But Saunders’ early investigations suggested arsenic could also work, spurring her to look for the evidence.

The team analyzed samples collected during a 2012 research cruise to the tropical Pacific, off the coast of Mexico. Genetic analyses on DNA extracted from the seawater found two genetic pathways known to convert arsenic-based molecules as a way to gain energy. The genetic material was targeting two different forms of arsenic, and authors believe that the pathways occur in two organisms that cycle arsenic back and forth between different forms. 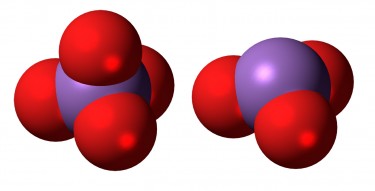 “What I think is the coolest thing about these arsenic-respiring microbes existing today in the ocean is that they are expressing the genes for it in an environment that is fairly low in arsenic,” Saunders said. “It opens up the boundaries for where we could look for organisms that are respiring arsenic, in other arsenic-poor environments.”

Biologists believe the strategy is a holdover from Earth’s early history. During the period when life arose on Earth, oxygen was scarce in both the air and in the ocean. Oxygen became abundant in Earth’s atmosphere only after photosynthesis became widespread and converted carbon dioxide gas into oxygen.

Early lifeforms had to gain energy using other elements, such as arsenic, which was likely more common in the oceans at that time.

“We found the genetic signatures of pathways that are still there, remnants of the past ocean that have been maintained until today,” Saunders said.

Arsenic-breathing populations may grow again under climate change. Low-oxygen regions are projected to expand, and dissolved oxygen is predicted to drop throughout the marine environment.

“For me, it just shows how much is still out there in the ocean that we don’t know,” Rocap said.

Saunders recently collected more water samples from the same region and is now trying to grow the arsenic-breathing marine microbes in a lab in order to study them more closely.

“Right now we’ve got bits and pieces of their genomes, just enough to say that yes, they’re doing this arsenic transformation,” Rocap said. “The next step would be to put together a whole genome and find out what else they can do, and how that organism fits into the environment.”

Co-author Clara Fuchsman collected the samples and led the DNA sequencing effort as a UW postdoctoral research scientist and now holds a faculty position at the University of Maryland. The other co-author is Cedar McKay, a research scientist in the UW School of Oceanography. The study was funded by a graduate fellowship from NASA and a research grant from the National Science Foundation.

Residents of a village in Bihar’s Katihar rushed to ATMs and banks to check their account statement. The reason? Two