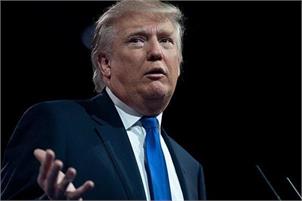 Washington, Nov 20 (AFP) The Saudi assassination of a US-based journalist has put President Donald Trump in an intractable bind.

Does he preserve a close US ally and accept whatever Riyadh says about the murder? Or does he risk a rupture and embrace the conclusion of the Central Intelligence Agency that Saudi Crown Prince Mohammed bin Salman, the country’s de facto leader, ordered the killing? The US president has refrained from attacking Prince Mohammed ever since Jamal Khashoggi, a veteran Saudi journalist who had been writing articles critical of Riyadh for The Washington Post, was killed and dismembered in the Saudi consulate in Istanbul on October 2.

With Riyadh under international pressure, the Saudi prosecutor announced the arrest of 21 suspects and charges against 11, saying five will face the possible death penalty.

At the same time, Washington announced sanctions on 17 Saudis allegedly involved, including two top aides of the prince.

Neither side though named the mastermind of the operation. But, according to the Post and The New York Times, the CIA is certain that it was Prince Mohammed himself.

That puts the US president in a bind. He has formed a deep alliance with the Saudis over a mutual dislike for Iran and a shared interest in keeping global oil prices steady.

Trump’s son-in-law Jared Kushner has sealed the relationship through a close personal connection with the prince, known as “MBS.” For that reason, until now, Trump has appears loathe to finger Prince Mohammed for Khashoggi’s murder, saying he hasn’t seen the evidence. He said on Sunday that he will likely only be briefed on the CIA conclusions by Tuesday.

“Trump has only two options,” said Michele Dunne, a Middle East expert at the Carnegie Endowment for International Peace.

“He can agree with the intelligence evaluation and go along with what Congress wants to do, which means indicating publicly or privately that the US will no longer work with MBS.” Or, she said, he can go against all that and try to protect the White House’s relationship with the prince.

In either case, the risks are high.

Severing relations with the son of King Salman bin Abdulaziz al Saud is an extreme step, but would not necessarily mean a complete bilateral rupture, said Dunne. “Saudi Arabia is not MBS, and MBS is not Saudi Arabia.” Yet it risks spurring changes in the hierarchy of the Saudi royal family, with the outcome unpredictable for Saudi-US relations.

On the other hand, if Trump refuses to condemn Prince Mohammed, an angry Congress could take action that would damage the relationship, such as freezing arms sales to the Middle East giant.

Senior Republican Senator Lindsey Graham, who is close to the president, does not mince his attacks on the prince over Khashoggi’s death.

“I believed from day one that 15 people, 18, whatever the number was, they don’t get on two airplanes, go to Turkey and chop a guy up in the consulate who’s a critic of the crown prince without the crown prince having known about it and sanctioned it,” Graham told NBC’s “Meet the Press” on Sunday.

The White House appears divided. Kushner has been quiet about the case and his friend the prince.

But on Friday, Kirsten Fontenrose, a White House official who advocated a tough stance, resigned her position, according to the New York Times.

Trump himself has waxed hot and cold on the issue.

One day he denounces it as “one of the worst cover-ups” in history and a “total fiasco.” The next he stresses the importance of the alliance and repeats that Prince Mohammed has personally denied to him that he ordered the assassination.

Suzanne Maloney of the Brookings Institution think-tank said Trump’s equivocating is risky for the relationship.

“The Saudis aren’t getting the signal that this kind of activity is damaging,” she said. “The signal that they’re trying to send is that business can go on as usual with the senior leadership.” However, she said, a direct, public accusation against the prince will not work either.

“You wouldn’t go out in public and say that your crown prince needs to go!” The best alternative is to make the point behind the scenes, and make it clear to the Saudis that they have gone too far.

“That’s what a genuinely competent administration would do,” she said.

The thawing of ancient permafrost due to climate change may pose a new threat to humans, according to researchers who

Above health, housing, education, one concern: ‘Won’t do anything to blemish Modiji’s honour’ – The Indian Express