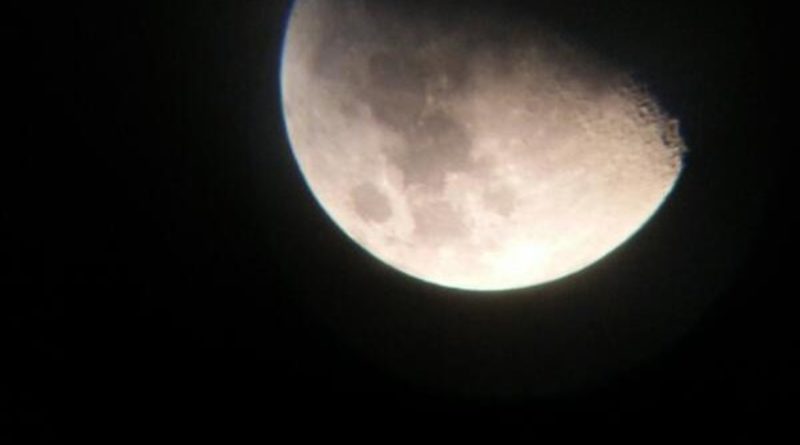 Earth’s moon may not be alone. After more than half a century of speculation and controversy, Hungarian astronomers and physicists say they have finally confirmed the existence of two Earth-orbiting “moons” entirely made of dust.

As they describe in the Monthly Notices of the Royal Astronomical Society, the team managed to capture snapshots of the mysterious clouds lurking just 250,000 miles away, roughly the same distance as the moon.

Researchers previously inferred the presence of multiple natural companions to Earth, but the dust clouds weren’t actually seen until 1961, when their namesake, Polish astronomer Kazimierz Kordylewski, got a glimpse. Even then, their presence was questioned.

“The Kordylewski clouds are two of the toughest objects to find, and though they are as close to Earth as the moon, are largely overlooked by researchers in astronomy,” says study coauthor Judit Slíz-Balogh, an astronomer at Eötvös Loránd University in Hungary. “It is intriguing to confirm that our planet has dusty pseudo-satellites in orbit alongside our lunar neighbor.

According to the new findings, each Kordylewski cloud is about 15 by 10 degrees wide, or equal to 30 by 20 lunar disks in the night sky. This translates to an area in space about 65,000 by 45,000 miles in actual size—nearly nine times wider than Earth.

The clouds themselves are enormous, but the individual particles that comprise them are estimated to measure just a micrometer across. Sunlight reflecting off these particles makes them glow ever so slightly—just like the pyramid-shaped glow of the zodiacal light that results from dust scattered between the orbits of the planets.

These satellite clouds, however, have remained hidden in the darkness of space until now simply because they are super faint.

“It is very difficult to detect the Kordylewski clouds against the galactic light, star light, zodiacal light, and sky glow,” says study coauthor Gábor Horváth, a physicist at Eötvös Loránd University. Now, using special polarizing filters on their cameras, the researchers have managed to reveal the scattered light reflecting off the individual particles within the clouds.

For generations, astronomers have suggested the possibility that Earth may have more than one moon. There are five specific points of stability in deep space where they figured the moons could be located.

These orbital sweet spots, known as Lagrange points, are where the gravitational pull of two orbiting objects—such as Earth and the sun—is balanced out by the centripetal force of their orbits. Here, objects remain trapped in relatively stable positions and at constant distances from both the moon and Earth.

Kordylewski first searched two of these points, L4 and L5, in the hopes of finding solid-body moons in the 1950s. Instead, he ended up revealing our first hints of dust clouds orbiting Earth.

From comets to meteor showers to the zodiacal band, our solar system is a dusty place. Clouds of particles strewn between the planets can be seen by keen-eyed sky-watchers under pristine, dark skies. The Kordylewski clouds, however, are not as stable as these other dusty features in deep space. The cloud’s particles are continually swapped out, making them simultaneously ever-changing and ancient.

Dust particles get trapped in the clouds due to the Lagrange balancing act and then later escape due to slight tugs from either Earth or the moon. To replenish their dust supply, the clouds draw from all types of sources for interplanetary particles, including annual events like the Perseid meteor shower. So, while the particles themselves may not reside very long in terms of astronomical time, the clouds may have been a natural fixture since the birth of the Earth-moon system.

Over 2.2L vaccinated against Covid; only 447 adverse events so far: Govt – Times of India

Over 2.2L vaccinated against Covid; only 447 adverse events so far: Govt  Times of India 51 Adverse Reactions From Vaccine, One

‘Amit Shah only leader to grow in stature of Sardar Patel’: BS Yediyurappa – The News Minute