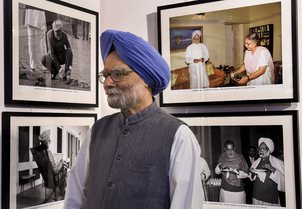 New Delhi, Nov 8 (PTI) In a scathing assessment of the demonetisation exercise, former prime minister Manmohan Singh on Thursday said the “scars and wounds” it caused are getting more visible with time and the decision’s second anniversary is a day to remember how “economic misadventures” can roil the nation.

The senior Congress leader asked the government to not resort to further unorthodox, short-term economic measures that can cause any more uncertainty in the economy.

Describing demonetisation as an “ill-fated” and “ill-thought” exercise, Singh said in a statement that the havoc it unleashed on the Indian economy and society is now evident to everyone.

On November 8, 2016, Prime Minister Narendra Modi announced a ban on then in use Rs 1,000 and Rs 500 denomination bank notes with immediate effect.

“It is often said that time is a great healer. But unfortunately, in the case of demonetisation, the scars and wounds of demonetisation are only getting more visible with time,” the former prime minister said.

Beyond the “steep drop” in headline GDP growth numbers after demonetisation, the deeper ramifications of ‘notebandi’ are still unravelling, he said.

Small and medium businesses that are the cornerstone of India’s economy are yet to recover from the demonetisation shock, Singh asserted.

“This has had a direct impact on employment as the economy continues to struggle to create enough new jobs for our youth,” he said, adding that the financial markets are volatile as the liquidity crisis wrought by demonetisation is taking its eventual toll on infrastructure lenders and non-bank financial services firms.

In his strong criticism of demonetisation, he said the full impact of the demonetisation exercise is yet to be understood and experienced.

“It is therefore prudent to not resort to further unorthodox, short-term economic measures that can cause any more uncertainty in the economy and financial markets.”

Singh also urged the government to restore certainty and visibility in economic policies.

“Today, is a day to remember how economic misadventures can roil the nation for a long time and understand that economic policy-making should be handled with thought and care,” he said.

The Congress has announced that it will hold a nationwide protest on Friday to mark the second anniversary of demonetisation. It has also demanded that Prime Minister Narendra Modi should apologise to the people for “ruining and wrecking” the economy.