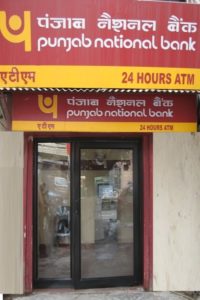 Have you been in a situation at an ATM when your ATM transaction was declined or cash was not dispensed yet the amount was debited from the account? This might happen because of poor quality ATMs. Most people tend to panic in such a situation and do not take immediate remedial steps. As a result they end up losing their hard-earned money because of either lack of knowledge about what is the right thing to do in such a case, or because of panicking. Here’s a list of 9 steps that you need to follow in case an ATM transaction is declined and amount is deducted from your account:

1. Note the reference number of the transaction as displayed on the screen.

2. Call the ATM officer in charge whose number is posted in the ATM.

3. Follow up with the bank on their customer care number. It might have been delayed due to a technical fault.

4. If problem not solved, visit the nearest bank branch and get them to solve your problem and get an assurance from them.

5. Not satisfied? Meet the Branch Manager if they still do not take action.

6. Problem still not solved? Grievance Cell – This is an exclusive unit dealing with customer grievances and headed by an executive of the rank of general manager. The complaints posted directly on the bank’s website are also resolved by this department.

7. If the problem still persists – Banking ombudsman – This is a senior official appointed by the Reserve Bank of India to redress customer complaints against deficiency in banking services, as per its scheme introduced in 1995. All scheduled commercial banks, regional rural banks and scheduled primary cooperative banks are covered under the scheme. So far, there are 15 ombudsmen, whose offices are located mostly in state capitals. Their addresses and contact details are available on the RBI website.

8. Still not solved? –National Consumer Disputes Redressal Commission http://ncdrc.nic.in/ – These are by far the biggest guys in the space and have some real powers to hold the bank accountable for harassment.

9. Still troubled? – Legal Route – Go to the nearest District Court and sue the bank! This is the last and final resort available to you as a citizen of India. You may go on and fight a case, and even slap charges on the bank for recovery of legal costs.

Banks these days are quick in resolving such complaints and you can rest assured, you will get your money back without any problem.