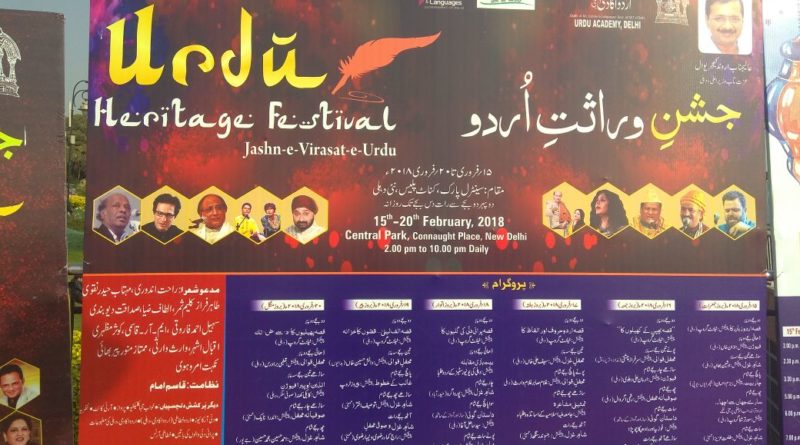 In an effort to promote Urdu language and culture, the Delhi government recently organized a six-day Urdu heritage fest, Jashn e Virasat e Urdu. Starting from February 15, the week-long celebration included a variety of cultural programmes besides displaying several century-old manuscripts at various stalls. The Department of Arts, Culture and Languages jointly organised the event with Delhi Urdu Academy to celebrate Urdu heritage and culture. The festival is held every year at Red Fort but this year being organised at Connaught Place’s Central Park, the very heart of the national capital ensured that it reached a wider audience.

These manuscripts, most of which date back to the Mughal era, are preserved at the Shah Waliullah Library in Old Delhi established by Delhi Youth Welfare Association in 1990. They were put on display at the stall of Purani Dilli Walo Ki Baatein, a Facebook initiative by a bunch of Old Delhi wallahs aspiring to safeguard the dilapidated heritage and culture of Shahjahanabad.

My Father Said “What Doesn’t Belong To Us…”: Aaditya Thackeray To NDTV

A day after Uddhav Thackeray’s resignation following a revolt in the Shiv Sena, his son and former minister Aaditya Thackeray