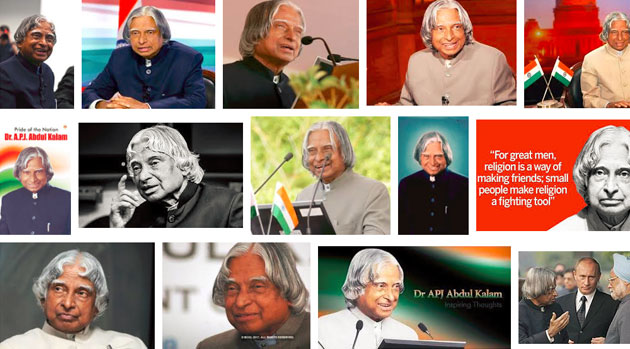 MUST READ UNBELIEVABLE & SHOCKING INFORMATION……..
DD Podhigai telecast an interview with Mr P M Nair, (retired IAS officer, who was the Secretary to Dr. Abdul Kalam when he was the President.)
I summarise the points,he spoke in a voice choked with emotion.
Mr Nair authored a book titled *”Kalam Effect”*
1. Dr Kalam used to receive costly gifts whenever he went abroad as it is customary for many nations to give gifts to the visiting Heads of State.
Refusing the gift would become an insult to the nation and an embarrassment for India.
So, he received them and on his return, Dr Kalam asked the gifts to be photographed and then catalogued and handed over to the archives.
Afterwards, he never even looked at them. He did not take even a pencil from the gifts received when he left Rashtrapathi Bhavan.
2. In 2002, the year Dr Kalam took over, the Ramadan month came in July-August.
It was a regular practice for the President to host an iftar party.
Dr Kalam asked Mr Nair why he should host a party to people who are already well fed and asked him to find out how much would be the cost.
Mr Nair told it would cost around Rs. 22 lakhs.
Dr Kalam asked him to donate that amount to a few selected orphanages in the form of food, dresses and blankets.
The selection of orphanages was left to a team in Rashtrapathi Bhavan and Dr Kalam had no role in it.
After the selection was made, Dr Kalam asked Mr Nair to come inside his room and gave him a cheque for Rs 1 lakh.
He said that he was giving some amount from his personal savings and this should not be informed to anyone.
Mr Nair was so shocked that he said “Sir, I will go outside and tell everyone . People should know that here is a man who not only donated what he should have spent but he is giving his own money also”.
Dr Kalam though he was a devout Muslim did not have Iftar parties in the years in which he was the President.
3. Dr Kalam did not like “Yes Sir” type of people.
Once when the Chief Justice of India had come and on some point Dr Kalam expressed his view and asked Mr Nair,
“Do you agree?” Mr Nair said ”
No Sir, I do not agree with you”.
The Chief Justice was shocked and could not believe his ears.
It was impossible for a civil servant to disagree with the President and that too so openly.
Mr Nair told him that the President would question him afterwards why he disagreed and if the reason was logical 99% he would change his mind.
4. Dr Kalam invited 50 of his relatives to come to Delhi and they all stayed in Rashtrapathi Bhavan.
He organised a bus for them to go around the city which was paid for by him.
No official car was used. All their stay and food was calculated as per the instructions of Dr Kalam and the bill came to Rs 2 lakhs which he paid.
In the history of this country no one has done it.
Now, wait for the climax, Dr Kalam’s elder brother stayed with him in his room for the entire one week as Dr Kalam wanted his brother to stay with him.
When they left, Dr Kalam wanted to pay rent for that room also.
Imagine the President of a country paying rent for the room in which he is staying.
This was any way not agreed to by the staff who thought the honesty was getting too much to handle!!!.
5. When Kalam Sir was to leave Rashtrapathi Bhavan at the end of his tenure, every staff member went and met him and paid their respects.
Mr Nair went to him alone as his wife had fractured her leg and was confined to bed. Dr Kalam asked why his wife did not come. He replied that she was in bed due to an accident.
Next day, Mr.Nair saw lot of policemen around his house and asked what had happened.
They said that the President of India was coming to visit him in his house. He came and met his wife and chatted for some time.
Mr Nair says that no president of any country would visit a civil servant’s house and that too on such a simple pretext.
The younger brother of AJP Abdul Kalam runs an umbrella repairing shop.
When Mr. Nair met him during Kalam’s funeral, he touched his feet, in token of respect for both Mr. Nair and Brother.
Such information should be widely shared on social media as mainstream media will not show this because it doesn’t carry the so-called GB TRP value.

4 Mountaineers Killed In Uttarakhand Avalanche, Search On For Others – NDTV